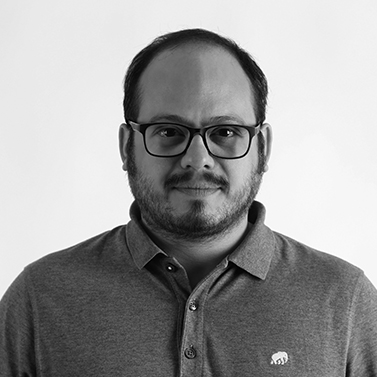 Sebastian âPatÃ¡nâ Tarazaga is the LATAM Chief Creative Officer for Wunderman alongside his partner Dany Minaker.

As LATAM Co-Chief Creative Officer, PatÃ¡n is responsible for delivering world-class services to clients as well as continuing to raise the creative profile in the LATAM market, which includes Argentina, Brazil, Colombia, Mexico and Peru.

In September 2015, PatÃ¡n and his partner Dany joined Wunderman Buenos Aires as Executive Creative Directors – the #1 Digital and creative agency in Argentina (source AgencyScope). In the last two years, they have helped turn Wunderman Buenos Aires into a creative powerhouse taking it from the 34th spot to the 4th spot on the Argentinean ranking.

PatÃ¡n began his creative career at Grey Buenos Aires as a trainee in copywriting. He then moved to Vega Olmos Ponce (Lowe) in 2007, where he started working with Dany Minaker. PatÃ¡n and Dany have been creative partners for the past 11 years. Prior to joining Wunderman, PatÃ¡n worked at BBDO Argentina, where he helped oversee the creative department. He has also held several positions at Del Campo Saatchi & Saatchi in Argentina.