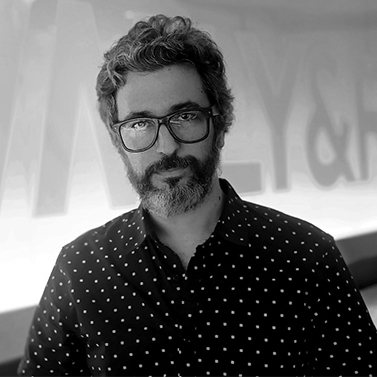 Martin âNinoâ Goldberg is regional CCO of VMLY&R Latam and CCO of DhÃ©let VMLY&R, a creative boutique within WPP Group based in Buenos Aires, centered in working in both local and global brands.

Nino leads global communications for some of the network’s most important brands such as TelefÃ³nica (Movistar in Latam, Vivo in Brazil and O2 in UK and Germany) and Danone (Evian, Volvic, Actimel, Activia, Danonino, Danette, among others). He is also a key player in WPP’s global projects.

Throughout his career, he has also directed communications for other global brands such as Coca-Cola (creating âSecurity Camerasâ the first spot from outside the US that was featured in the Super Bowl and chosen by Youtube and Ted as one of the 10 global Ads Worth Spreading.), Visa, Colgate, The International Olympic Committee, Red Cross, Unilever, Emirates, Mark&Spencer, among others.

Prior to joining Y&R, he worked at Lowe, DDB, McCann and TBWA.

He has been a guest speaker and member of the jury in the main industry festivals and his work has been awarded by numerous festival entities such as Cannes, Clio, One Show, London Festival, New York Festival, Wave, El Ojo de IberoamÃ©rica, El Sol, Fiap and Effie.

He was recognized as one of the Forbes “Top 35 under 35” professionals.

He also loves to play guitar.